Recently, we brought the wonderful evaluation of Endless game keyboard of Aula; this time, we bring the upgraded version of "Endless" - Reaper. Different from Endless, Outemu switch is adopted for the switch body of this mechanical keyboard and the backlighting of mixed color that Aula is skilled in. Let's see it.

Outemu switch is adopted for Aula Reaper, which is quite rare, and Aula coating is not erected on the switch body, making a significant difference between Reaper and the previous products of Aula. Now let us see the detailed evaluation of this keyboard. 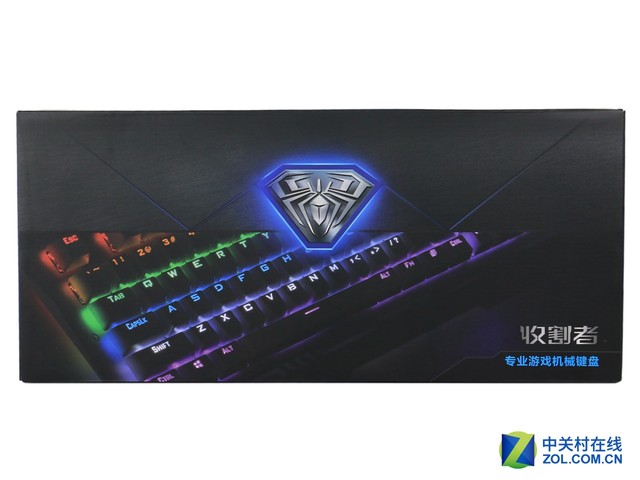 Aula changed the cool packing style of Ghost King Region III into the fashion and simple style. On the front packing surface, an obvious Aula LOGO is marked in the middle, and the lower part is the backlighting picture after powered on. The lower right corner is the name of the keyboard. The whole packing focuses on the style of young and fashion, which is simple and creative. 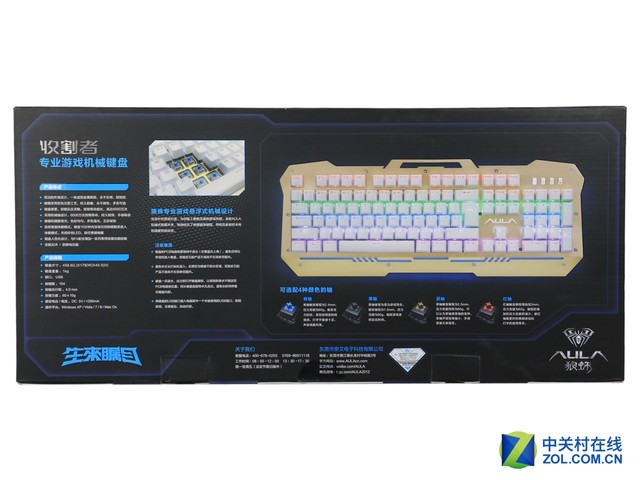 The whole back surface of Aula Reaper mechanical keyboard can be divided into three parts, the right part is the effect picture of the keyboard powered on and the four selectable switch types are explained in the lower part. The product features, specifications, precautions and other information of Reaper keyboard is on the left. The four Chinese characters "生来瞩目" is quite obvious on the lower left corner. Other information about Aula is attached on the right.

2  Similar appearance to that of Endless 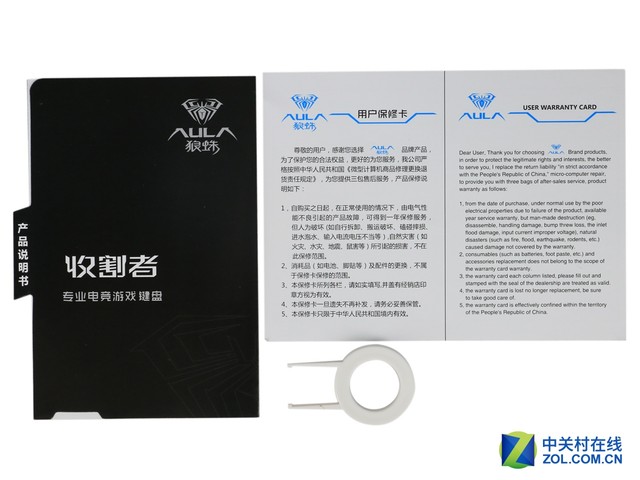 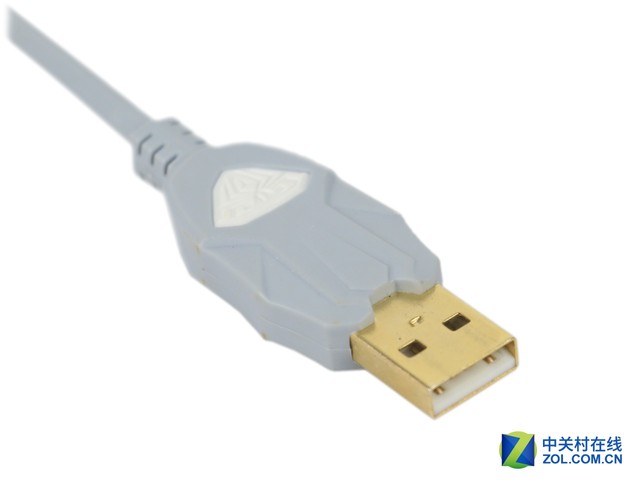 White rubber material connecting lines are adopted for Aula Reaper mechanical keyboard with length of 180cm and diameter of 4.5mm, shielding magnet ring is adopted for the materials, and gold-plating process is adopted for USB connector to avoid the oxidation effectively. 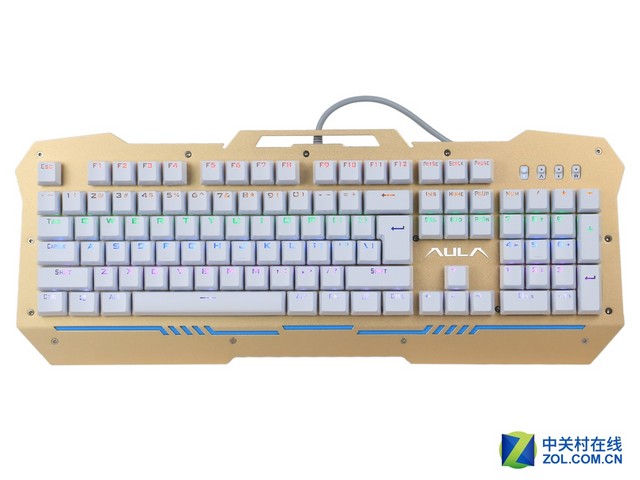 Aula Reaper mechanical keyboard is of 458×178×27mm, weighting 1,000g. The fashionable frameless design is adopted, and the bilateral symmetry modeling is adopted for the upper cover. Continental layout if adopted for the key layout, which is adopted for almost Aula's keyboards, and the user may need to adapt it slightly after using a keyboard with American layout.

Four anti-slip mats are adopted for the back surface of Aula Reaper mechanical keyboard, the effect of which is quite good. The tags in hexagon of the product name, bar codes, pressure and current of the keyboard Reaper are attached at the bottom. 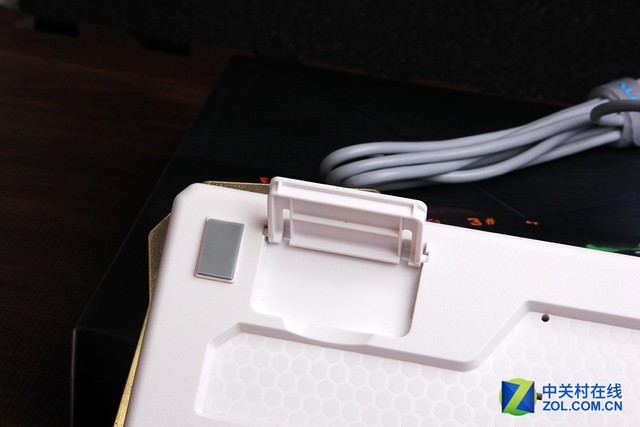 Furthermore, we can see the hexagonal cellular patterns on the white Acrylic board at the bottom, the design of which is quite careful. In the figure of opening stands, we cannot see the anti-slip mat, and the stability is reduced. 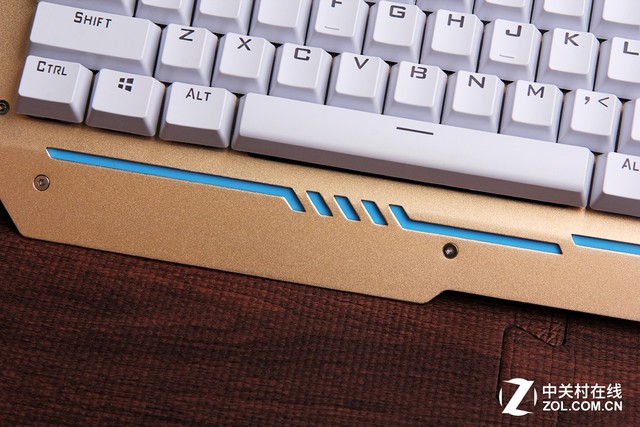 The pierced pattern is decorated at the bottom of front keyboard surface, the blue ground color strongly contrasts with the golden color of the upper cover, but it only has a decoration effect, which disappoints us more or less.

The author proposed that Outemu switch, quite a famous keyboard switch manufacturer in China, is adopted for Aula Reaper mechanical keyboard. Now, let's see how about the keyboard equipped with Outemu switches. 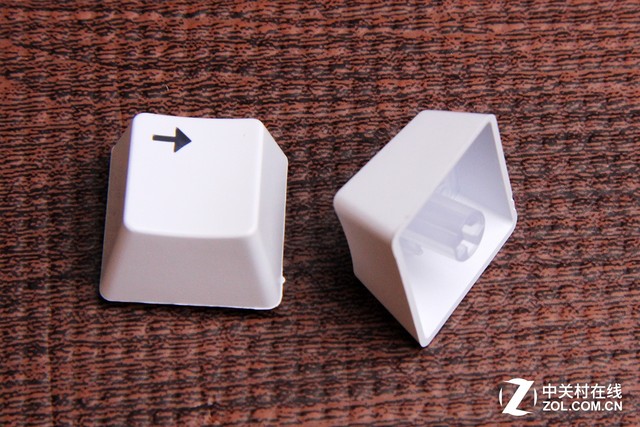 Let's see about the keycap adopted for Reaper. Aula has higher requirement on the keyboard keycap, and the bicolor keycap is necessary for the mechanical keyboard. The frosted hand feeling is adopted for the bicolor keycap of Aula Reaper, of which, the cross-section pole is quite thick and resistant for plugging in and out. 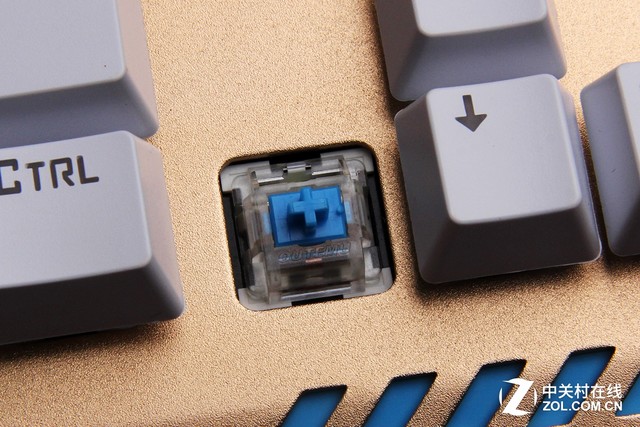 Outemu RGB switch adopted for Aula Reaper is almost transparent, and different color is adopted for switch core, which is quite similar to that of Cherry mx. As for hand feeling, the trigger pressure of Outemu keyclick is similar to that of Cherry mx, but the clicking voice and falling sense are stronger.It may be the keyclick with the largest voice the author used, which may be noisy if you use it in offices; of course, it is mainly depending on the demand of the player, is you need more confirmation sense and switch contact voice, Outemu keyclick may be your selection. 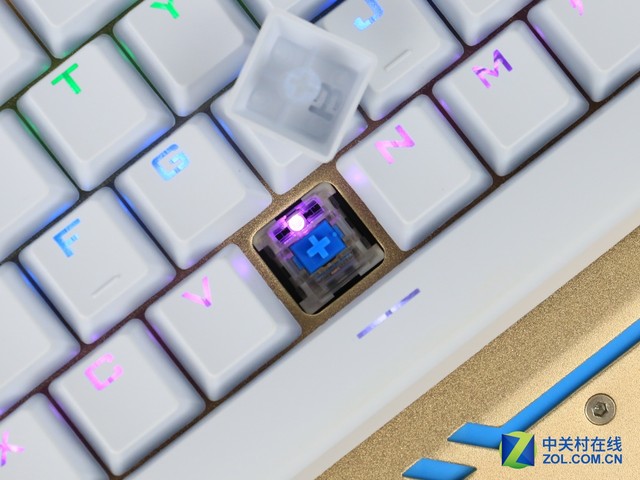 Outemu keyclick is not our general lamp bead lighting 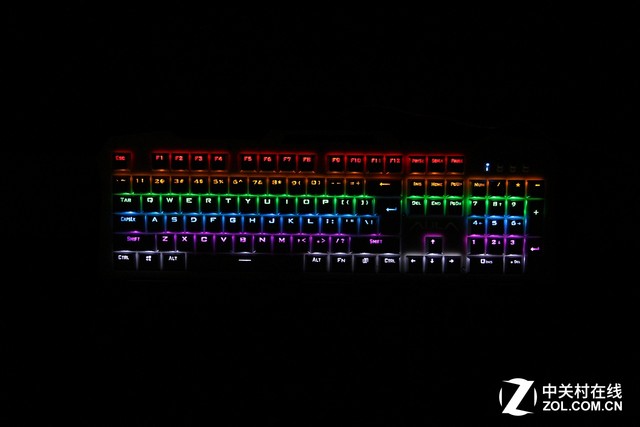 6-color light mixing is adopted for the backlight of Aula Reaper keyboard under lighting form, and the brightness is Level 4 adjustment. But the author feels that it's still not bright enough even though the keyboard is adjusted to the maximum brightness. Let's now take a look at the GIF pictures of several backlight effects.

The author can feel obviously that, as shown in the ripple effect below, the brightness of backlight is stronger than that set in the keyboard as well as other backlight modes, and I believe that it is not a certain hidden setting, and what we need is to make more debugging during setting.

4  Voice is slightly larger but game-playing effect is perfect

At the end of evaluation, it is still necessary for the author to make a real test against its office typing performance and game performance. Firstly, if it is for office purpose, the Outemu switch will make a quite large sound once triggered. As the sound made by Aula Reaper keyboard is really loud, it would be not suggested for use in relatively small or exceptionally quiet offices. 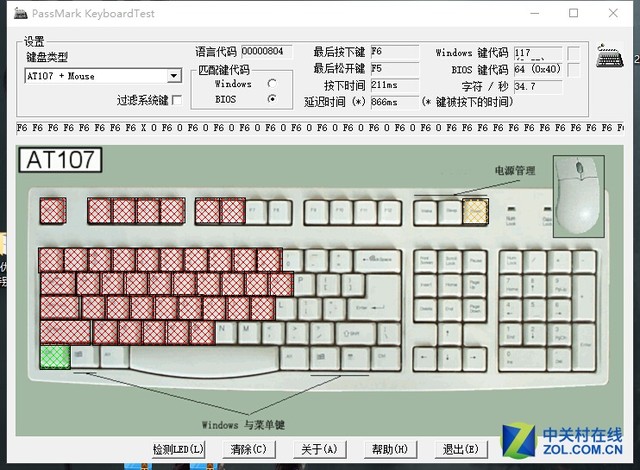 The N-Key rollover of Aula Reaper mechanical keyboard can be divided into two modes: 6-key rollover and full N-Key rollover; the former is a normal mode and the later can be realized by pressing FN+ScrLck, whose test results are shown in the figure.

If the Aula Reaper mechanical keyboard is used for office purpose, it may be not suitable for relatively quiet offices as it has larger noise, but the keyboard feels good when used for typing. 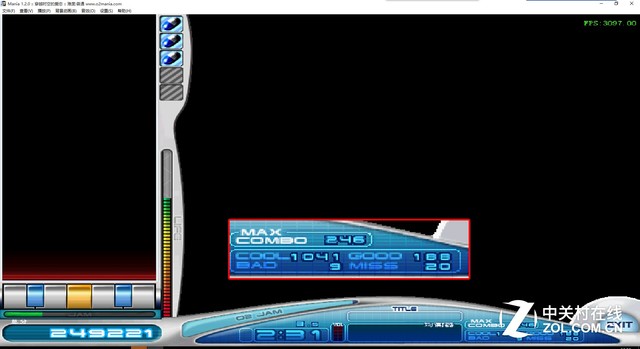 The author chose O2Jam for game testing. In spite of an old game, its requirements for keyboard are relatively high. During the game, the keys of Aula Reaper mechanical keyboard could respond quickly, without jamming, which was cool. But the Outemu keyclick makes a large sound, which is a little unbearable even for colleagues of keyboard & mouse department.

Editor's summary: The Aula Reaper mechanical keyboard feels really good and Outemu keyclick is suitable for the hand feeling of most players, but the author is also confused as to whether the sound of keyclick is an advantage or disadvantage. The keyboard is not to be missed for those players in favor of the special "cracking" sound and sense of scale of keyclick, but is also not suitable for office workers in need of relatively quiet environment. In summary, the Aula Reaper mechanical keyboard is really an excellent representative of keyclick.